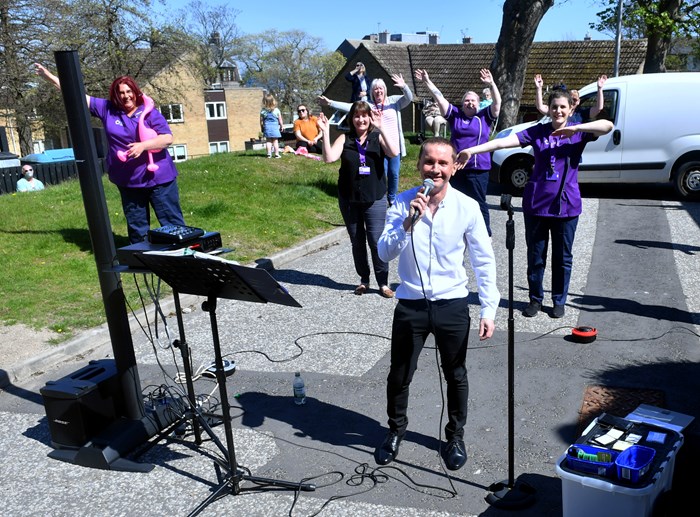 
Well done to everyone involved and huge thanks to Calum for his much loved marathon sing-along, after performing at our Balnagask House, Fergus House and Kingswells Care Homes in the one day!

Our residents, and staff, thoroughly enjoyed it, with plenty of singing, toe tapping and dancing in the sunshine.

Residents of an Aberdeen care home were treated to a special outdoor concert to mark the 75th anniversary of VE Day.
Singer Calum McDonald, from Ruthrieston, stopped by Balnagask House in Torry to perform a set for the home’s residents ahead of VE Day – and the care home staff even acted as backing singers.
VE Day celebrates the victory of the Allied forces over Nazi Germany on May 8 1945.
The concert, which took place in the grounds of the home, which is run by Bon Accord Care, yesterday morning, saw nearby residents come out to join in with the music. 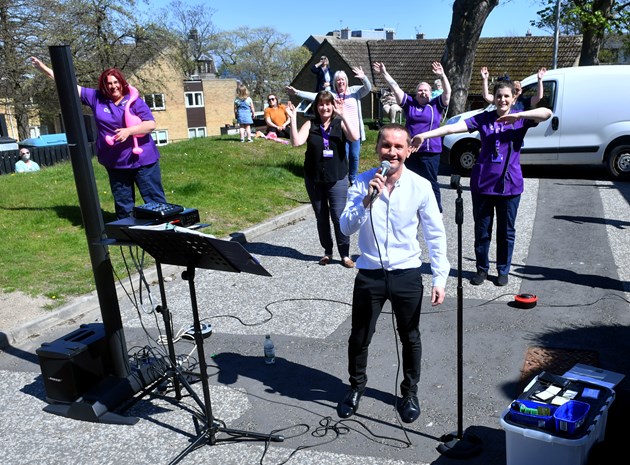 Singer Calum McDonald performed for the residents of Balnagask House in Torry. Pictures by Chris Summer.

Calum, who is a full-time musician, said: “I had played at the home previously and it went really well and they phoned me to ask if I would do an outside concert for the residents for VE day.
“I sang all different types of songs, but most of it was country and rock ‘n’ roll, as well as a lot of ‘60s tunes. When it’s an older crowd those are the songs that probably resonate the most.”
Calum said the concert went down well with the audience and nearby residents.
He added: “It went really well; I don’t think it could have gone any better. Everyone was out clapping and coming out of their houses with seats so they could sit and watch in the sunshine.
“They were all cheering me on and waving their arms.
“The residents were in their rooms on different floors, but I was facing them so they could see me and the houses round about could too. It made me feel so good seeing their happy, smiling faces. It made me feel great that I was giving something back.
“They even had big letters on the window spelling out ‘Thank You Calum’.” 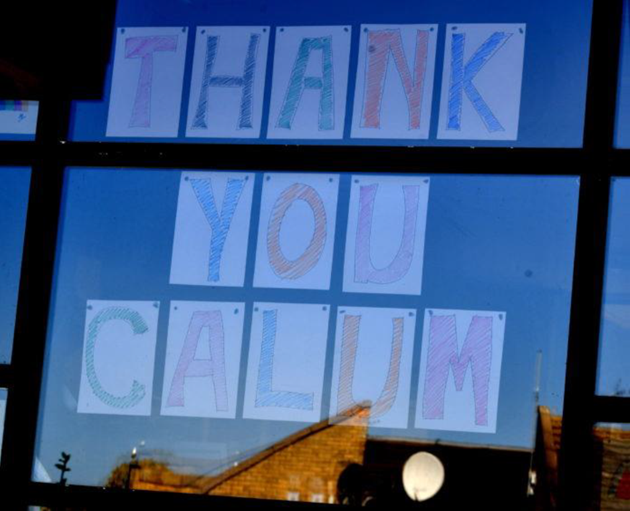 “It made me feel quite emotional, seeing all the things that they had done for me too.”
Calum also performed at Fergus House in Dyce and Kingswells Care Home, which are also run by Bon Accord Care, during the day.
The idea for the concert at Balnagask House was the brainchild of assistant manager Helen Low.
Helen, assistant manager at Balnagask House, said: “I was inspired to arrange this after seeing something on the news about a similar socially distanced event and thought it would be a fantastic way to boost residents’ spirits.
“They all love music and it is great therapy.
“We also reached out to the local community and invited them to participate, from a distance, which further adds to promoting community spirit. It was very well received and enjoyed by all residents and staff too.”

Back to News and Events